MMORPG Maker XB is a powerful multiplayer game development and authoring tool. Best of all, the MMORPG Maker XB suite can be used to create professional games with little to no programming skills required.

Equipped with a level editor, game engine, server runtime, and more, building your first multiplayer game can be as easy as point-and-click.

Simply start by loading up the editor and dragging your mouse around to lay the grass, dirt, or floor tiles. Patch it up by adding buildings, objects, props, and custom graphics to spice up your game. Link levels together to build gigantic worlds oozing with secrets to discover and more.

MMORPG Maker XB provides you with everything you need to begin building exciting multiplayer online games while removing the guesswork and learning curve typically required in such large scale games.

MMORPG Maker XB is completely web-based. Both the editor and game engine can be run inside a web browser -- on any platform! Our current official list of supported platforms and browsers for our game engine include:

Unlike other complicated products (such as actual programming tools and compilers), you do not need to "compile" or "re-program" for a different platform. Just create one game, and our engine will make sure it works on any platform whether it's the decade-old Internet Explorer 6.0 to the roaming handheld iPhone devices. 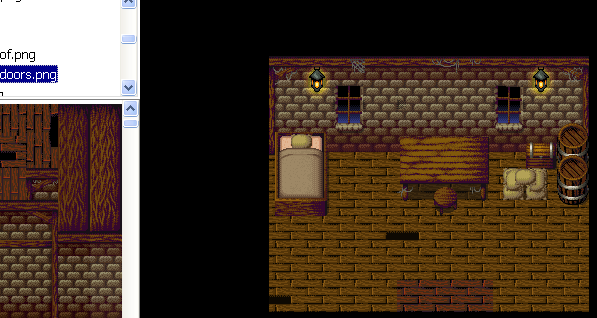 Our mobile MMORPGs were not only the first, but the state of the art. Despite the low computing power of mobile phones at the time, MMORPG Maker XB games did not suffer from long load times or slow, choppy gameplay even when played inside a mobile web browser, and this smooth gameplay was available well before hardware acceleration appeared even in desktop web browsers.